One of the most common questions I get asked about the girls is if they are all identical. Our typical reply is that Harper (Baby A) and Emerie (Baby B) are identical, because they shared a placenta, and that Reagan (Baby C) might be, because she had her own placenta but looks awfully similar to her sisters.

To that end, we decided to do DNA chromosome testing to find the real answer, are the Doublets really all identical, or is Reagan fraternal to her sisters?

A little background from my research on this topic.  Many people ask me if multiples run in our families- this actually doesn’t matter unless the girls are fraternal. Why? Fraternal multiples involve more than one egg being fertilized by more than one sperm, a trait that can be passed down on the mother’s side of the family.  Identicals, on the other hand, start from one egg splitting and in my case, that one egg split once, or twice.  One fertilized egg splitting occurs because of the mother and is often called “biological luck.”

The DNA test, ordered online, involves cheek swabs for each baby.  We did this a couple weeks ago and sent them back for lab testing.  Each baby is swabbed twice to ensure the samples are usable and correct.  The results display two lines of DNA for each baby, one line from me and one from Craig. Twenty-four genetic markers (called loci’s) are analyzed, and if the results depict the same numbers, then they are officially identical triplets. More info is available on BioGene’s website at https://dna-paternity-testing.com/twin-zygosity-test/.

So the answer on the report?  Drumroll please….with 99.9999999% accuracy, the girls are monozygosity (MZ) triplets. Monozygosity is a fancy term for identical, meaning Reagan is, in fact, identical to Harper and Emerie!  How cool is that? 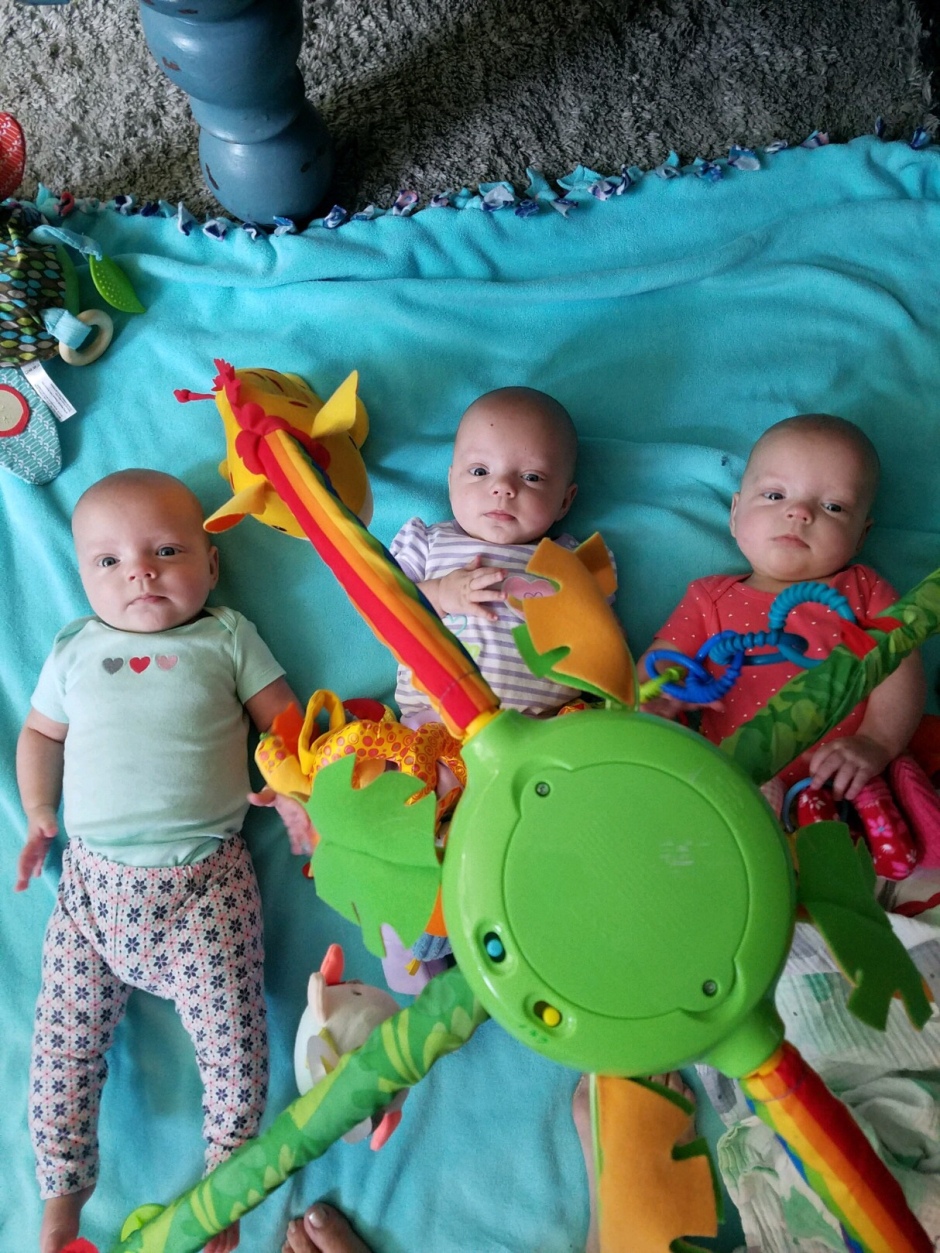 According to my MFM (maternal fetal medicine) doctor, with two placentas and three separate sacs in utero, we had about a 30% chance that the girls would turn out identical. The odds that spontaneous triplets would turn out to be identical? There are a lot of differing statistics online for that, anything from 1 in a million to 1 in 200 million.

Do identical babies have the same fingerprints? The short answer, no. Fingerprints develop around the fifth month in pregnancy, and are influenced by several factors, including amniotic fluid and sacs, bone growth, and womb pressure. So in the case of my girls, Emerie was shoved in the corner by Harper, meaning her fingerprints will be different, although probably similar to her sisters who had a bit more space.

Are there other distinguishable differences? Yes, even if they are slight and not easily noticeable.  One difference is the eye irises. While all the girls have blue eyes, their irises may have slightly different patterns.

Why do identical triplets have physical differences if they have the same DNA? This question is pretty easy- while DNA matches on a cellular level, both nature and nurture cause varying changes as the girls grow. Nature (genetics) and nurture (environment) both have “skin” in the game (haha!).

One article explained it more clearly for me, using pie : “Think of it this way–when I bake an apple pie, it turns out a little different each time. The shapes of the apple pieces are never quite the same. Maybe the stove is a little hotter, or I add slightly more sugar. Maybe a distraction like the phone ringing keeps me from taking it out of the oven exactly when I planned. I use the same set of instructions every time. But each pie is still unique because differences in the environment make it is impossible for me to follow the instructions in exactly the same way. So identical twins are kind of like two pies made from the same recipe. They are more similar than pies made from different recipes, say apple and blueberry. But if you look closely, they are still not exactly the same. They will always have some physical differences due to differences in their environment (https://genetics.thetech.org/ask/ask142).”

So what other differences can happen? Heights and weights will vary, because it depends on how much one is eating or exercising in their environment. For example, Emerie is technically identical to her sisters, but was born over a pound smaller, due to a smaller umbilical cord connection than Harper. Does that mean they aren’t identical? No, it is just a nature difference.

Harper and Emerie both have strawberry hemangiomas (in different places), but that doesn’t mean they aren’t identical. Hemangiomas are a collection of blood vessels close to the skin’s surface that are considered a birthmark and typically fade as the child gets older.  That is a nature change that occurred after birth.

How do we tell them apart? When we were just home from the hospital, we put teal nail polish on one of Reagan’s fingers and pink on one of Harper’s.  We’ve gotten lazy on that and haven’t kept up with that method; mostly we use the girls colors (Harper: pink; Emerie: purple; Reagan: teal) in their day-to-day outfits to instantly know who is who. In addition, their laughs and mannerisms are different. And the strawberry hemangiomas ensure we never permanently confuse who is who. 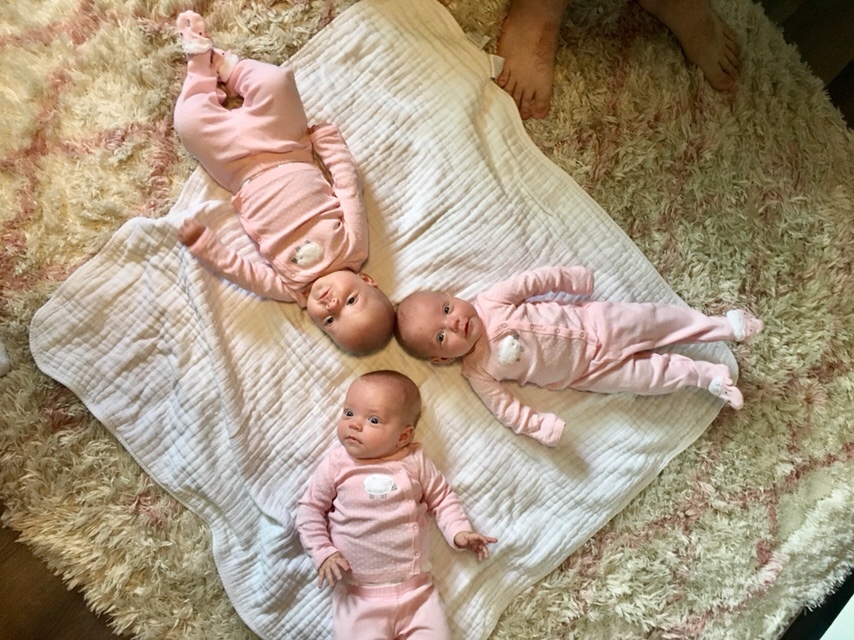 All in all, it is really exciting to have the official answer! As the girls grow, they seem to all look more alike, especially Harper and Reagan.  At some point Emerie will catch up with her sisters on weight and then it’ll be a bit more difficult.  It is very exciting to have spontaneous, identical triplet girls, and we are enjoying the adventure!