This is the third time we have completely rearranged the nursery since the girls came home. Originally we thought everyone would cosleep in the same crib, but the NICU crossed that idea out of our heads. So when the girls came home we had one crib in their nursery and one in our room. 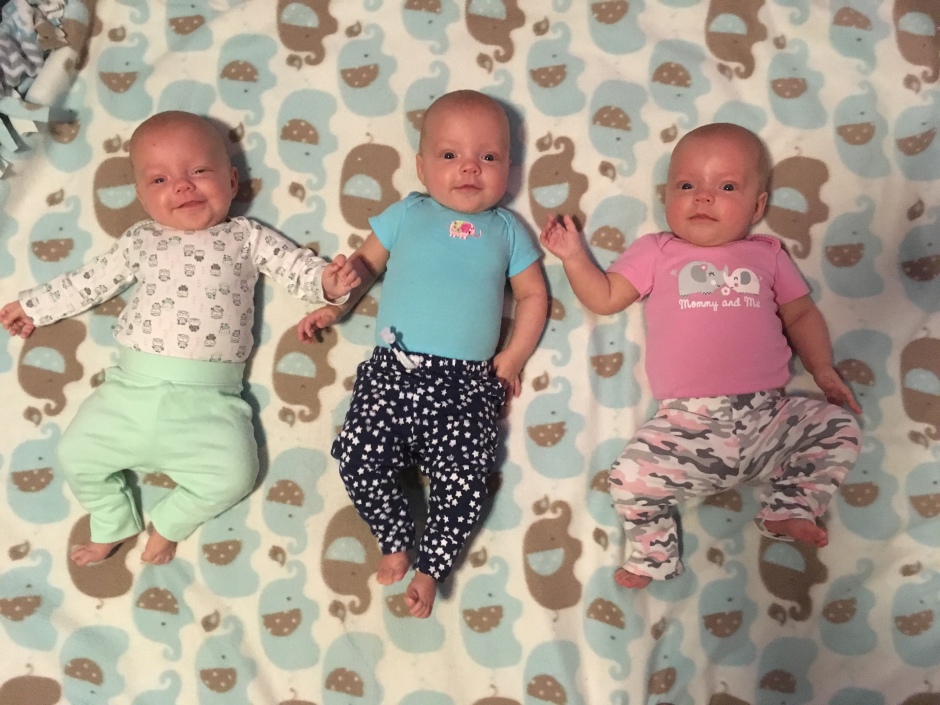 They lasted four nights in our room due to their noisiness. Seriously babies can be so loud when they sleep…they chatter, hiccup, and talk to each other all night long. So pretty quickly they started sleeping in the nursery, all 3 in one crib and separated by mesh dividers.

The second time we rearranged was to add the second crib back into their room, so one baby had the crib to themselves and the other two shared one divided down the middle by mesh. Well, that worked for a couple months, but now the girls are significantly taller than birth and are waking each other up, often with a kick to the face lol.

The last two nights everyone slept in their own cribs! Thank goodness all 3 cribs fit side by side…with about 4″ to spare! It was a decent bedtime routine, and yesterday everyone was awake early to start the day! Hopefully today they will sleep in a little longer. 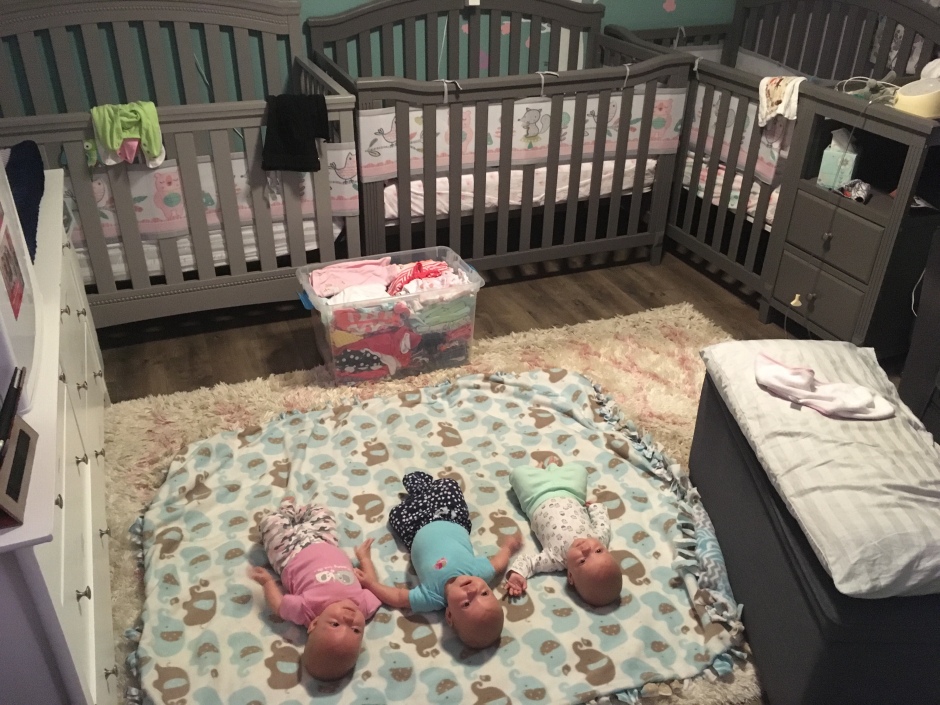 It is also cute to see how much they shift around during the night. Rolling in their sleep is right around the corner I think…not ready for that yet! Here is Reagan at five am. She started the night in the middle… 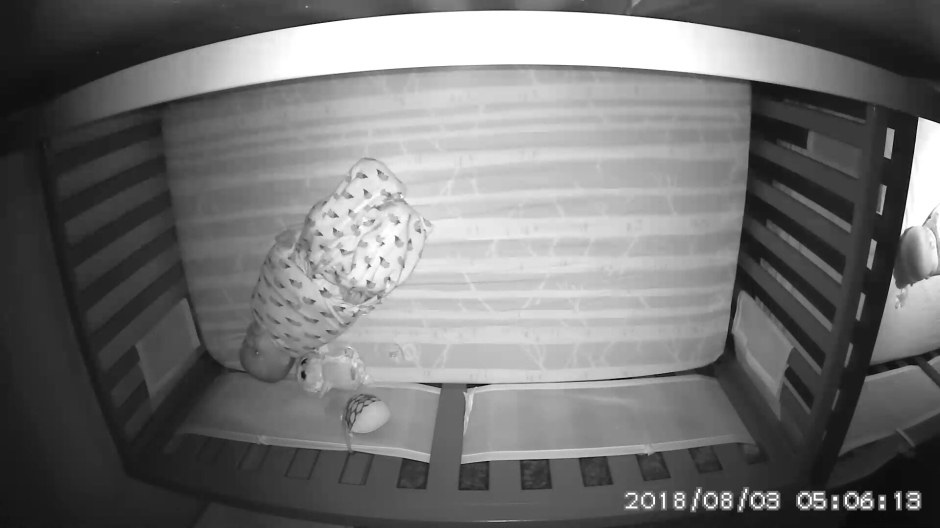