Karma is writing a blog a couple weeks ago about turning a corner, with things getting a bit easier to manage with the girls, and then having a week like we are having.

We are having a “why on earth did we think having kids would be fun” kind of week. Emerie has an ear infection, everyone has a cold and is pouring snot from their noses like Niagra Falls, four teeth are swollen bumps on the top of everyone’s mouth, and we are currently in Leap 7 for another 3 weeks.

We’ve been lucky so far that the majority of cranky baby nights involve one or maybe two babies, here and there. Harper had a super grumpy two weeks in January (that thankfully my mom was here to help with), and Emerie has cranky nights all the time, with Reagan every once in a while.

Well, those days are gone. The “babies sleep all night” seem to be in the past now that the girls have discovered they can be mobile and pull themselves up on their cribs.  Even with sleep training Emerie ended up in our room many nights as she still hasn’t quite solved self soothing.

This week? All three are raging maniacs off and on all night long. Last time I had a night’s sleep in my actual bed? Over a week ago.

I believe this backslide is partly attributed to the leap and partly to the colds/ear infections.  The girls have been uninterested in bottles at bedtime all week because they are stuffy and their incoming teeth hurt.  When they don’t eat 6-8 oz of milk at bedtime, we know we are in for a night of fun… When they drink 0 oz at bedtime, we better buckle down for it. 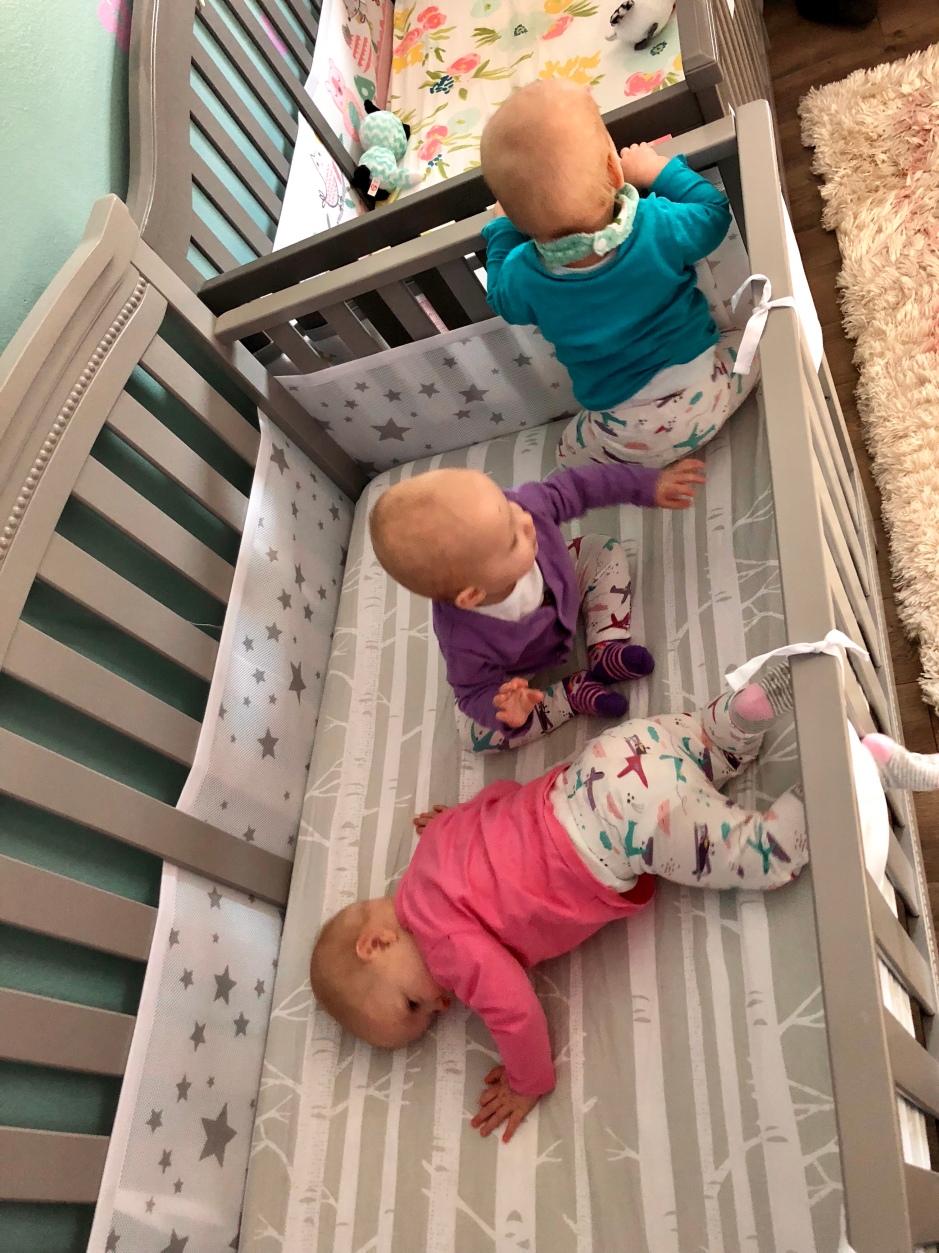 Reagan and Emerie believe rolling around in their cribs and pulling themselves up on the rails is now a necessary part of bedtime routine. Harper moreorless just settles after a few minutes and goes to sleep without the aerobics fight.

I tried making breast milk popsicles for them to chew…they make quite a mess and I’m not sure the girls quite grasp how to eat them. There was a lot of pounding them around and chipping them against their bouncers. 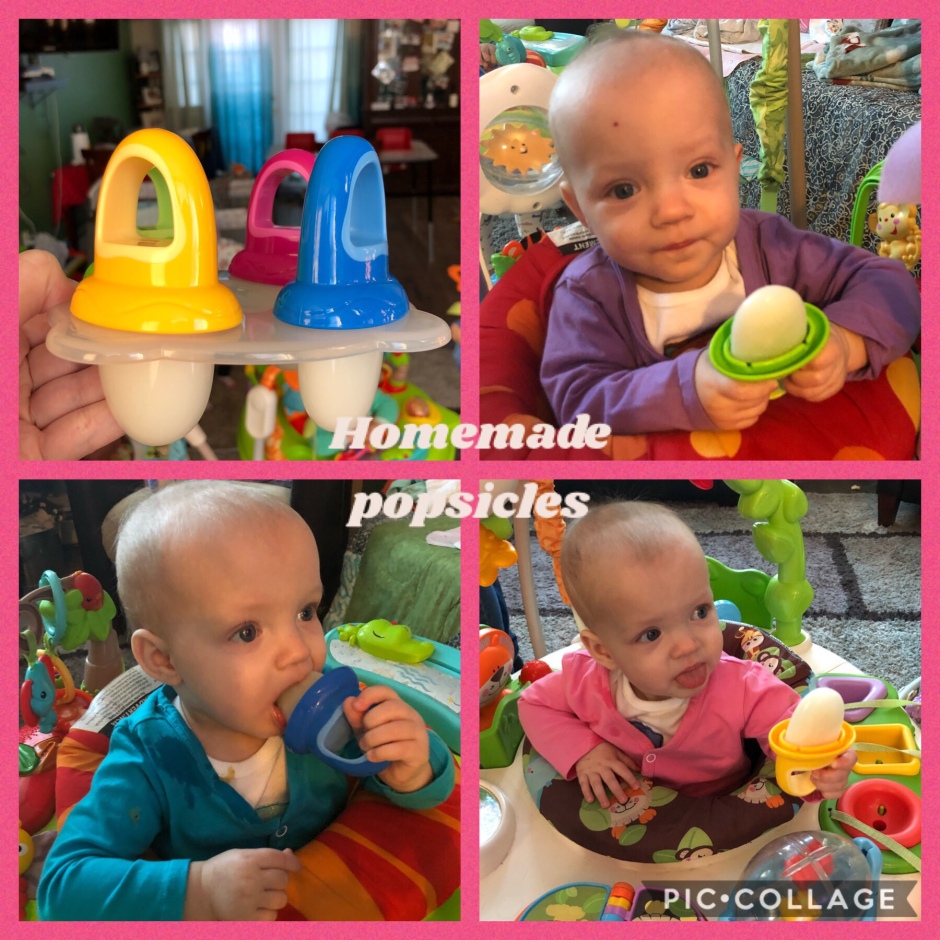 While Craig and I are tired this week, and I have the girls’ cold (and a annoying cough) too, the silver lining is the progress everyone is making on movement. Everyone crawls backwards and rolls like a pro. They are gaining coordination to pull themselves up on things, especially their play table and play piano, or on our legs.

Emerie just started side stepping. In this video she decided to try to push Reagan off the play table. The problem is that Reagan is stronger and wasn’t so excited about the idea. About 30 seconds before I turned on the camera she inserted herself in front of Harper and pushed her away from the table. Harper just didn’t push back. It cracks me up Emerie is the one crying when she is also the one instigating the move.

Hopefully the colds will wrap up in the very near-term for everyone. The girls judge me every time I cough! Emerie is already friendlier after a few days of medicine but we aren’t out of the woods yet. And this is birthday month! We can’t have everyone sick and have so much to do and so many people to see.

One thought on “When it rains, it pours…”