Last visit to Double Cuddles Harper was up to 11lb 13oz, Reagan was 11lb 6oz, and Emerie 10lb 3oz! They are getting big! 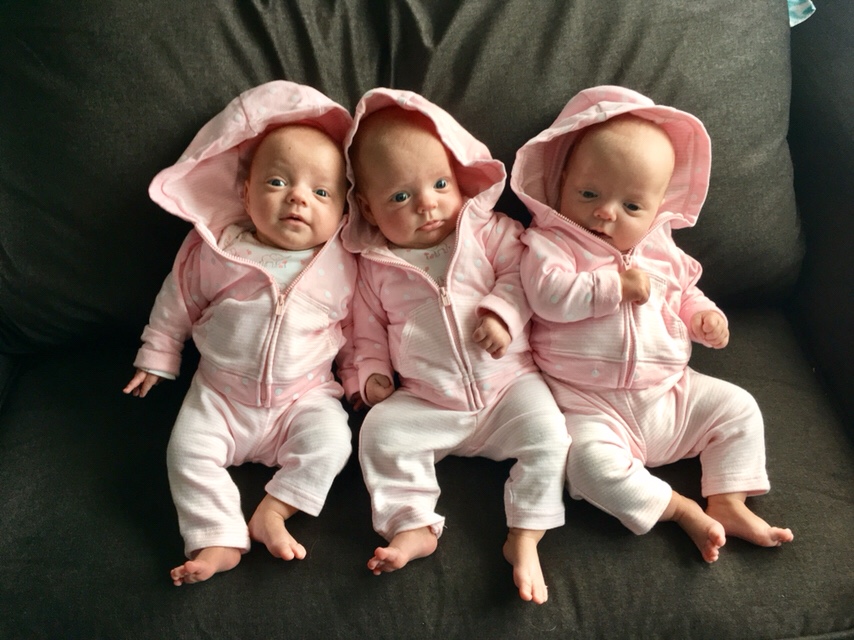 This week’s milestone appears to be that the girls have discovered they can chew on their hands and are now constantly doing so. They are also smiling even more! Emerie has started talking like her sisters and now all are much more vocal in baby speak. 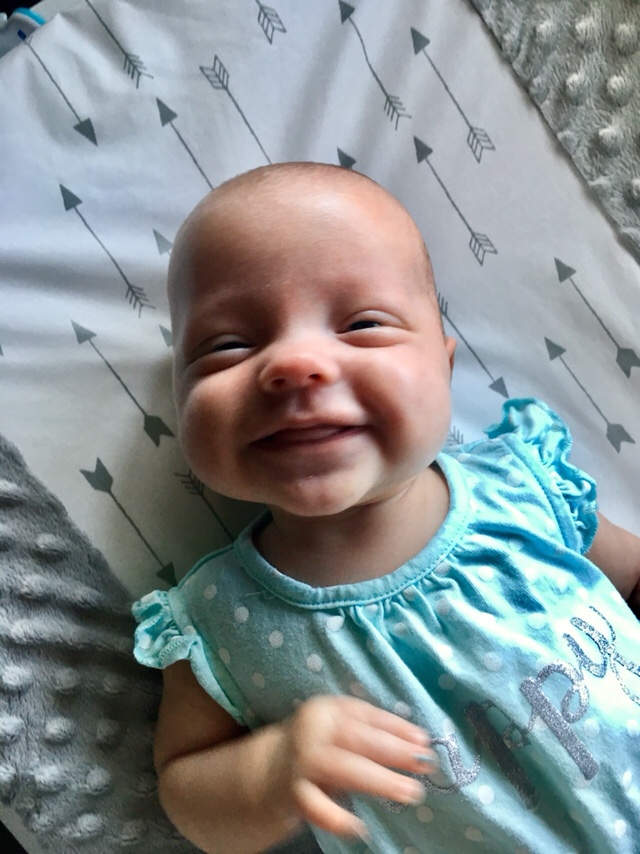 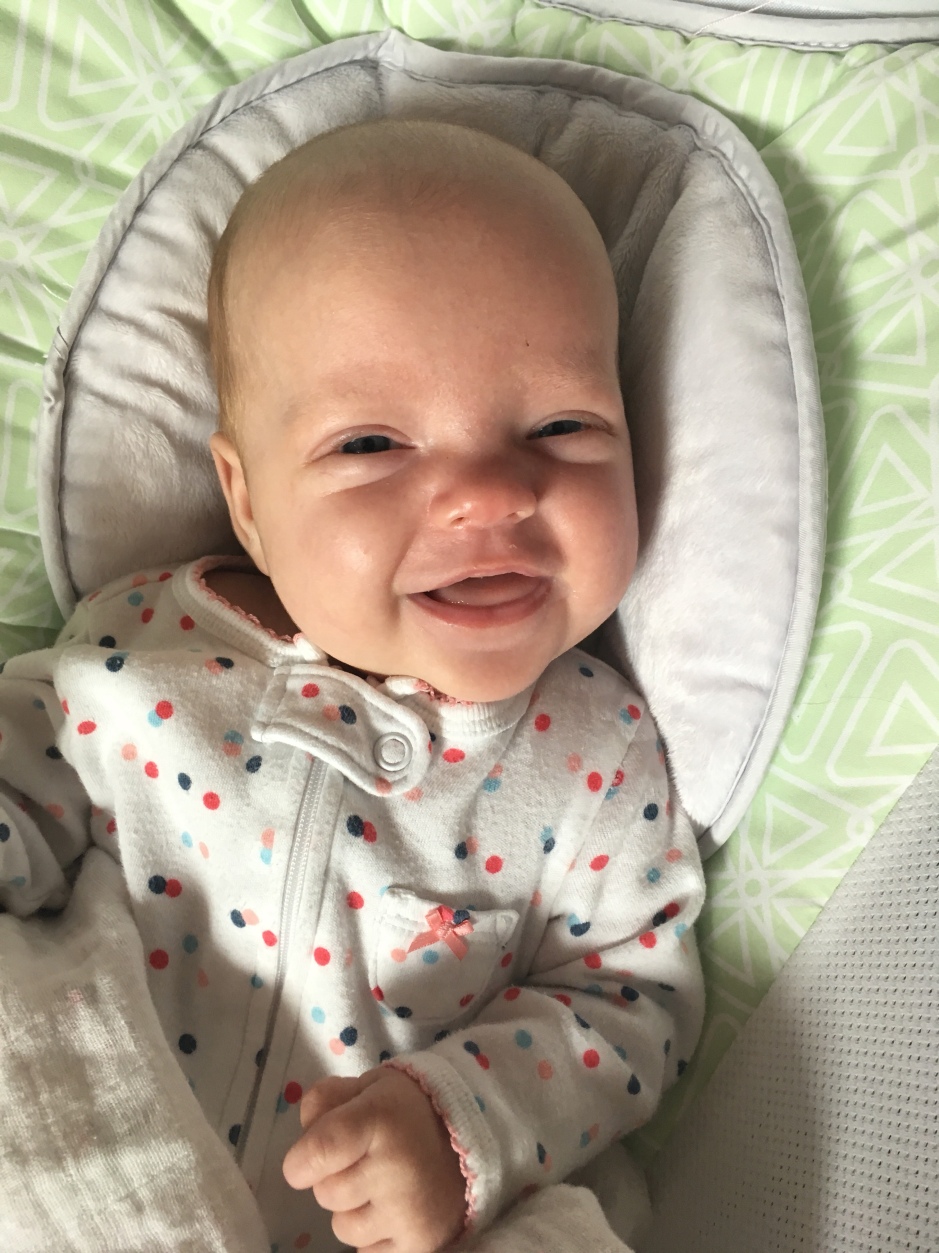 Play mat time is actually enjoyable now, which is a change! Harper and Reagan were entertained the entire time I fed Emerie, almost giggling and baby talking. Reagan even fell asleep after a while from all the fun.

For the first time Emerie enjoyed play time and stayed on the mat without fussing for about 20 minutes! That’s definitely progress, especially with all her fussiness later in the day.

We took the girls on a hike on Sunday, since we rarely have 80 degree, beautiful sunny days (especially this summer!), and I think the high afternoon sun might have been a bit much for them, altho they were pretty good sports about it. And we managed to pack the pups in the back of my car with them!

We were lucky enough timing wise to catch part of the airshow once we hit the end of the trail, and see some of the jet formations in the distance over Anchorage. I can’t wait until the girls are big enough to enjoy an airshow!

One more milestone, not for the babies but for me! I finally hit 2000 ml (roughly 67 oz) of milk production in a single day. Has taken me a LONG time to finally reach that! 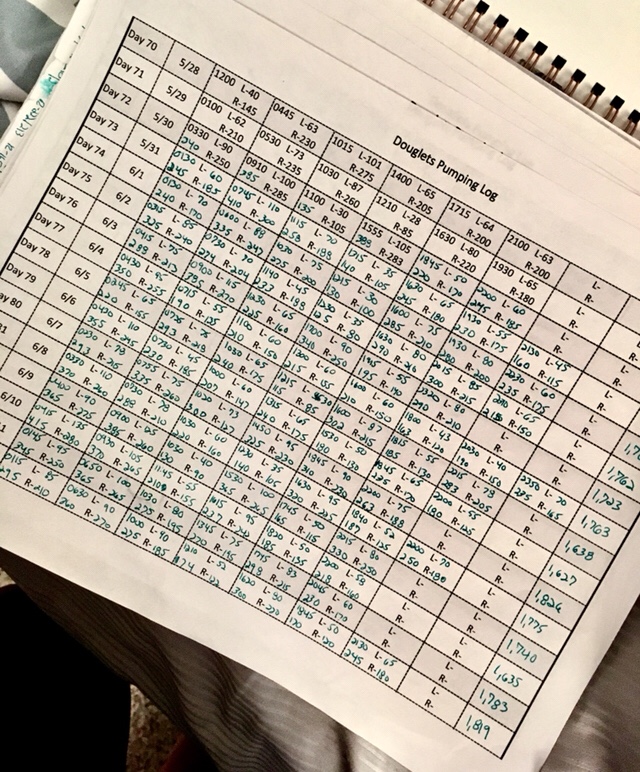