I wanted to share how the girls were doing at their two month checkup. They are increasing well on weights and if born through singleton pregnancy, would probably all be about 8 pounds.

All have extremely surpassed their birth weights and are growing great.

We planned our day around the appointment, figuring 2 month shots were going to equal some pretty fussy babies for the remainder of the day. Craig went and picked up baby Tylenol and we gave the girls a little before we left. The doctor’s office heat was turned up too far in the exam room, meaning the girls drifted off to sleep in only their diapers as we chatted with the doctor. 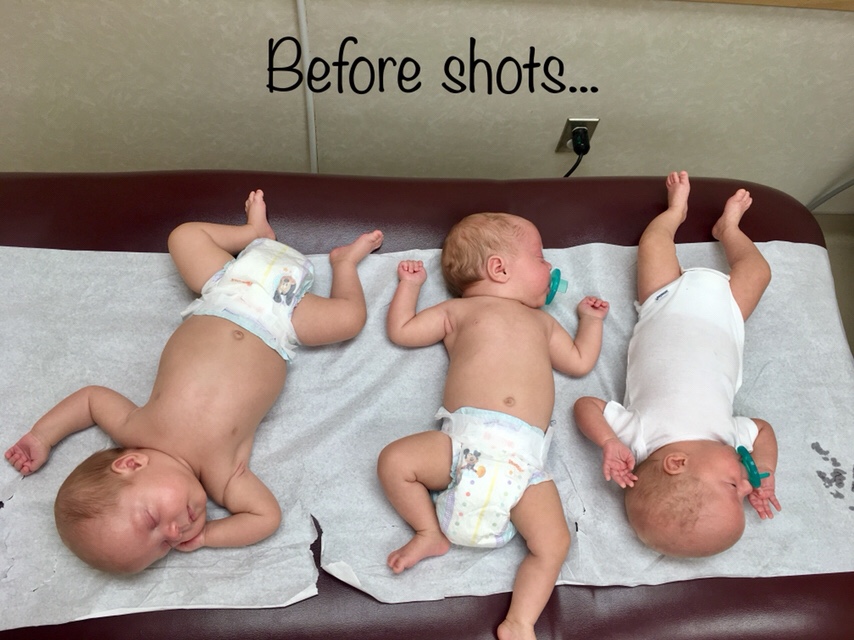 In fact, Harper was so content that she went right to sleep and stayed that way until it was time for her shots.

Reagan showed off her head lifting skills and thoroughly impressed the doctor. She tried rolling over as well but doesn’t quite have that figured out at this age.

Emerie watched everything from Dad’s lap with her binky. The nurse was a pro and gave them three shots really quickly, which I found impressive. The girls cried and then we bottle fed them and snuggled until they adjusted. Shots are no fun; I’m not sure if it’s worse for the babies or the parents. 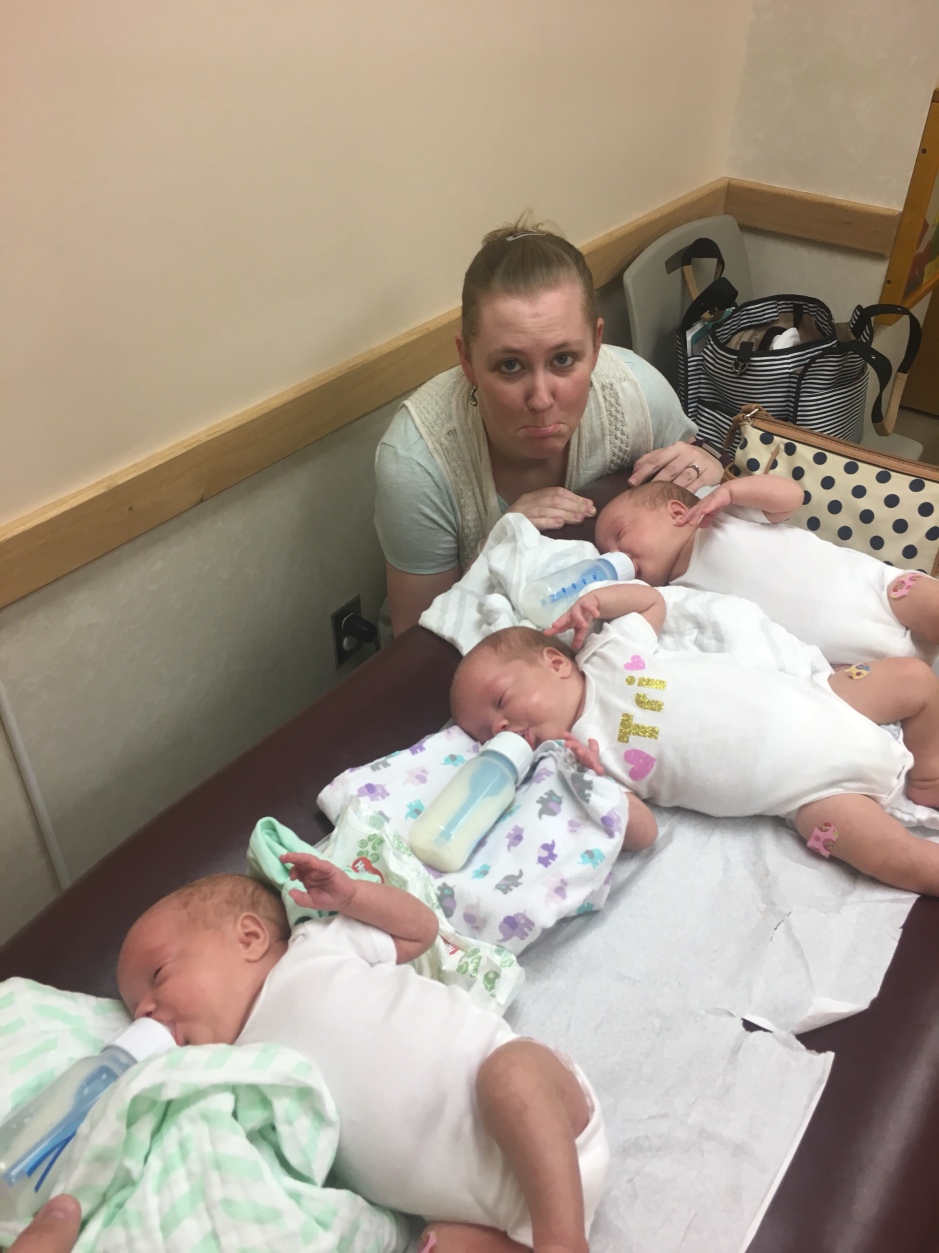 The rest of the day resulted in lots of baby snuggles, with Emerie the fussiest and wanting to constantly be held. A second dose of baby Tylenol helped them sleep for the night and by the time I’m writing this, they seem to be fine and their usual happy selves. We are definitely scheduling all future shots at the end of the workweek, both for our sanity and because triplet appointments take a lot longer!

2 months down, the girls are doing great, and we are excited to see the upcoming baby milestones like reactionary smiling (instead of just gas), better and reciprocating eye contact, and stronger neck muscles!